Why Your Business Needs to Get on the EMV Train

There are key changes that shouldn’t be overlooked for POS EMV card security, one being the new EMV standards for POS has taken place October 1, 2015. October 1 and U.S. merchants will need to be EMV compliant, accepting chips for payment. Failure to do so will result in credit card fraud liability and chargebacks. Note only 22% of retailers have adopted EMV-ready POS systems. These findings stress the importance for businesses to jump on the EMV train for your POS before it is too late. Avoid unnecessary chargebacks, increase your security levels, and don’t become a weak target for hackers. Software Advice, a third-party POS system research site, recently shared a study on EMV highlighting the lack of attention on this important change that will soon heavily impact U.S. merchants. Below are key findings from Software Advice’s EMV report: 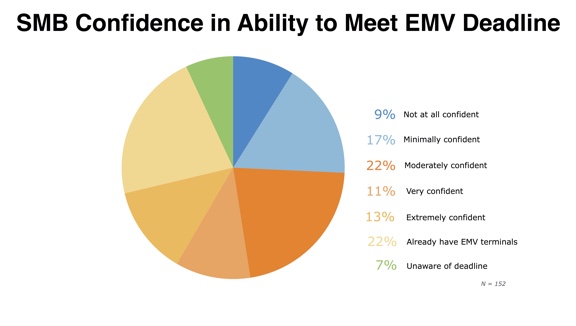 (Important to note that although 46% are confident, at the end of the day, currently less than a quarter are actually compliant.) 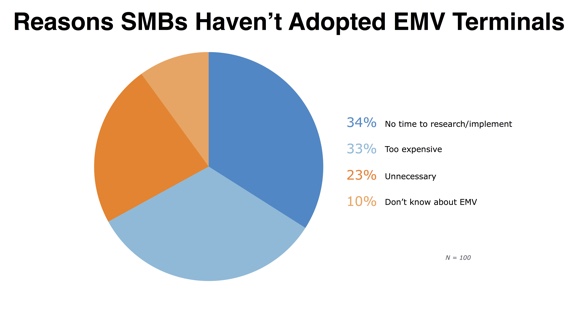 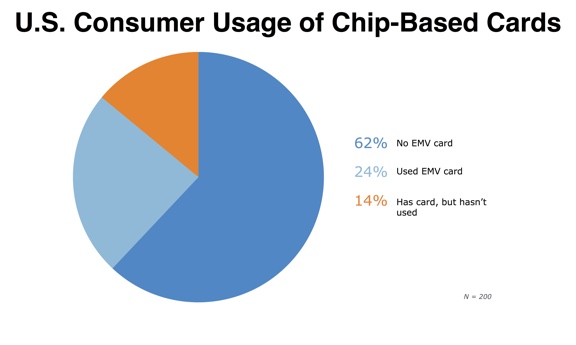 Shockingly, 23% of respondents said EMV was unnecessary. Don’t be a part of the 23%, and protect your business before it’s too late and you find yourself in a pile of chargebacks. U.S. merchants have to make the time for EMV compliance or else they will risk facing major losses from being liable for fraud. Only more consumers will be getting new EMV cards, so you want to be prepared. Learn everything there is to know about EMV and how to protect your business by watching our recent EMV webinar. Watch our webinar recording featuring Bobby Marhamat, VP of Sales at Revel Systems, plus Dan Dermody, Sales Executive, as they discuss the new EMV standard and how it will affect U.S. merchants.

Jump on the EMV train sooner than later before October 1 comes. Start by accessing the EMV webinar replay here.

The EMV liability shift is around the corner! Get 1 year of EMV compliance on us. Get secure for free here.*